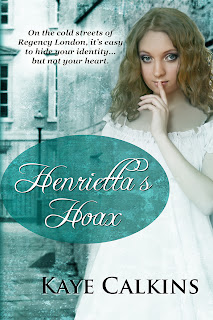 BTW my blog header and book cover are by Selestiele Design at selestiele@gmail.com
Posted by Kaye at 4:35 PM 4 comments:

I have spent a lot of time writing and editing over the last few months. But that's not all I have been doing. My husband and I had a delightful trip to Washington DC. We visited my younger daughter and her husband
who are living there.

I had always wanted to see Williamsburg and Jamestown, Virginia. We spent two and a half days there exploring and watching re-enactments.

To stand on the shore of James Fort [later Jamestown], where the first permanent English settlers arrived in 1607 was a heart-pounding moment.
The harsh ordeal they  faced over the next few years would take all but fifty- one of the five hundred lives by illness, starvation and exposure. They were gentlemen and business men and were totally unprepared and sometimes unwilling to commit to the hard manual labor of building  in this swampy marsh. At first the Indians provided food and support for them as the colonists knew little about farming. But relations with the Indians disintegrated over the first year, and conflict arose.

The endeavor was chartered by a group of investors, the Virginia Company of London. They expected a profit from their money and became anxious as they sent more and more supplies with no return. In 1608 a group of men from Germany and Poland arrived and started the first manufacturing -- Glassware.
We spent a great deal of time watching these men blow glass. They make the same items, pitchers, glassware, etc that were sent to England in the 1600's.


Conditions were still deplorable until John Rolfe brought tobacco seed with him from the Caribbean, and a marketable product was harvested in 1614.
Jamestown was the capitol of Virginia until 1699.

You can tell I love history. I hope you enjoyed this very short version about Jamestown.
Next time Williamsburg.
Posted by Kaye at 6:42 PM No comments:

It has taken a long time, but I hope to publish my sequel to Deverell's Dilemma in the next month. Several readers had mentioned how much they liked a couple of my characters. I felt the same way about them, thus Henrietta's Hoax was written.

I sent Henrietta's Hoax to Avalon Publishing in late 2011. At that time the owner was working on a deal to sell the publishing business. Many manuscripts sat in their office until April of 2012 when it was announced Avalon had been sold to Amazon. I told you about this earlier.

The manuscripts that had not been contracted by Avalon were turned over to Amazon. The good part of the sale was our published books were put into paper back and Kindle. The hard part was my manuscript for Henrietta was now on a desk waiting -- again.

The first of this year I got a refusal from Montlake, the romance publisher of Amazon. I wasn't sure what I was going to do with my book but decided to do a complete edit with the help of my critique partners, Barb, Cecily & Diana. After much thought I decided to e-publish on Kindle. For the last six months I have made royalties on Deverell's Dilemma from Kindle sales, so it seemed like the best place for it.

IT'S A DELIGHTFUL ROMP THROUGH THE REGENCY ERA.